It’s 100 years since women received the right to vote. In 1918, women worked in poorly paid roles such as domestic servitude or in factories to support the war effort, were not allowed to qualify for a degree or have a career!  In 2018, many women combine a career with having children, but the obstacles on the return to work can often seem insurmountable.

I loved maternity leave. Leaving behind the responsibilities and multitasking of my transplant registrar post and being able to go days without making any important decisions was fantastic. Musical Babies, Baby Massage, Parent and Baby groups – I did them all.

The relief of no longer being an expert and the firm belief that my baby was obviously the most clever/talented of them all kept me buoyant, despite a fug of sleepless nights and breastfeeding. I quickly had a group of friends who would meet up for coffee and I lived an uneventful life, free from death and disease. The only thing that overshadowed my enjoyment of it was the dread of returning to work.

Now don’t get me wrong – I really love my job and I’ve gone back to it from maternity leave five times. As soon as my colleagues at work knew the baby had arrived, and I’d been in to visit and demonstrate his or her innate talents, everyone would ask: ‘When are you going back to work?’ It’s flattering to be missed and given the current manpower problems, not surprising, but picking up that part of my life again felt terrifying.

I’m a pretty confident and assertive person, but there is something about the loss of status that you feel as a non-working parent that disempowers you. The days of shouting ‘let endoscopy know we’re on our way’ seem far removed from ‘can anyone give me a spare breast pad?’ And that first week… oh dear. I continually expected someone to catch me out and ask what on earth Michael’s mummy was doing putting in a central line.

This phenomenon is well documented – it’s called ‘impostor syndrome’ and it is particularly common in women . I certainly felt, in those first few days, that I didn’t belong back in the macho and invulnerable group of junior doctors and consultants I joined after my time off.

Incidentally, I found that those inspiring stories of women who return after the placenta has been delivered to 100-hour weeks without losing a false eyelash made me feel much worse. I tried this with my first child and returned to the transplant registrar job when he was nine weeks. Six months later, I was leaving ward rounds to go and cry in the toilet, and by nine months I had had a week off at the insistence of my very understanding GP and decided to go part time.

The only other female consultant in the department warned me against this, but I knew it was the only way I would be able to continue training. While male colleagues simply raised eyebrows with each subsequent pregnancy, female colleagues felt more empowered and one medical director commented, on hearing of my fourth pregnancy, ‘Oh, I had thought you were more ambitious than that.’

I desperately wanted to see role models of women who had found it hard and developed strategies to cope, but even women with children appeared to be proud of returning to work as though motherhood had had no effect on them. There is a real problem in our profession with seeing the traditional career path as the one we should all aspire to, and alternatives as second best.

I do not want any woman to have their precious baby time blighted by fears of returning to work or lack of advice about changing to a LTFT (less than full time) post. It is a sad paradox that despite increasing numbers of women in medicine, one of the last taboos is admitting that having children can temporarily affect your resilience for doctoring. Success is not behaving as childless doctors but intelligently and creatively combining our careers with our family commitments.

Now that I am in my 50s, and my youngest child is nine, I am experiencing a resurgence of joy in the career that I love. I have embraced medical politics with a passion, and my parenting experience has given me the patience and resilience needed in our NHS. It is worth persisting – although the childbearing and rearing years require flexibility, we come back with a vengeance later!

1  Impostor syndrome has been measured and researched by Dr Pauline Clance, a psychologist from Atlanta (Clance, P. R.(1985). The impostor phenomenon: Overcoming the fear that haunts your success. Atlanta: Peachtree Publishers). 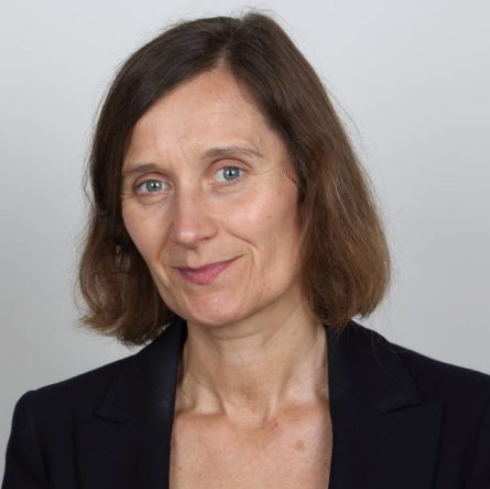