Upper gastrointestinal bleeding remains a common cause of emergency admission to hospital worldwide. After resuscitation and medical therapy as appropriate, endoscopy, including provision of endoscopic therapy if required, is of critical importance to patient management and improves outcomes.

Peptic ulceration remains the most common cause of non-variceal bleeding. Endoscopic therapy is indicated for ulcers with spurting or oozing bleeding (Forrest 1a or 1b lesions) and with a non-bleeding visible vessel (Forrest 2a). There is debate about the need for endoscopic therapy in patients with adherent clots (Forrest 2b lesions). Current evidence suggests the clot should be removed where possible and endoscopic therapy applied if a Forrest 1a, 1b or 2a lesion is then seen. However, exactly how aggressive clot removal should be is dependent on the lesion itself and the endoscopist’s skills to deal with any severe bleeding that might occur. Ulcers with a flat spot or clean base (Forrest 2c or 3 lesions) do not require endoscopic therapy.

Injection of dilute adrenaline (usually 1:10,000) into quadrants around the bleeding point is helpful to temporarily slow bleeding but should not be used alone. Thermal modalities (e.g. heater probe, bipolar coagulation, and gold probe) and mechanical modalities, such as through-the-scope clips, can be very effective. Clip design has improved in recent years with regard to rotational and reopening capability and size. Clips are particularly useful for raised vessels in an accessible non-fibrotic ulcer.

Haemostatic powders, such as Hemospray® (Cook Medical, Winston-Salem, NC, USA), are widely used as rescue therapy when standard modalities do not control bleeding. Many studies report a high rate of immediate haemostasis but substantial rebleeding, which suggests that Hemospray® is only a temporary measure and that definitive therapy is still required. This treatment appears to be effective for diffuse bleeding from gastric malignancy. Several other haemostatic powders and gels have recently been reported and further data are awaited.

Recent publications have reported high immediate-term and longer-term haemostatic results with over-the-scope clips (OTSC).  A recent randomised study reported a reduction in further bleeding with OTSC versus standard dual therapy in patients with recurrent ulcer bleeding. Use of Doppler probes to guide endoscopic therapy seems to show promising results, but more data are required regarding the costs and clinical utility of this approach. Endoscopic suturing devices have also been reported with further studies awaited.

Band ligation remains the optimum endoscopic therapy for bleeding oesophageal varices, and injection of cyanoacrylate (or thrombin) is recommended for gastric varices. For bleeding uncontrolled by these measures, placement of a transjugular intrahepatic portosystemic shunt is often employed, with or without temporary balloon tamponade. A recent small randomised study reported improved outcomes after insertion of a removable SX-ELLA Danis stent (Ella-CS, Hradec Kralove, Czech Republic) compared with after use of balloon tamponade. Hemospray® has been used as a temporary or rescue modality for gastric or oesophageal variceal bleeding, with promising results in a recent dual centre study of 86 patients. However, more data are needed before recommending this approach to treat variceal bleeding.

Adrenaline is often useful to temporarily slow peptic ulcer bleeding but should not be used alone. Thermal modalities or clips are effective in controlling bleeding from ulcers and there have been recent improvements in clip design. Hemospray® is a useful rescue procedure for ulcer bleeding not controlled by standard therapies, although rebleeding rates are high. OTSC appears to be promising as a definitive rescue therapy and Doppler probes may have a role in guiding endoscopic therapy. Placement of SX-ELLA Danis stents has been reported to be superior to balloon tamponade for oesophageal variceal bleeding refractory to band ligation. 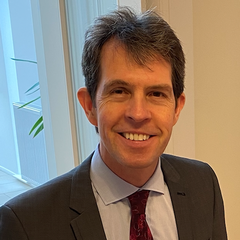