March 8th celebrates international women’s day; March is women’s history month and 2018 commemorates the centenary of women’s suffrage. As a one-time historian, the opportunity to reflect on the historical contribution of women to medicine and to our specialty of gastroenterology and hepatology is just too much of a temptation!

Prior to the establishment of the College of Physicians and the formal licensing of practice, it was common for women to be engaged in the healing professions, although their contribution is not always well documented and recorded. In her book, Medieval & Early Renaissance Medicine, Nancy Siraisi writes,

‘Women as well as men practiced medicine and surgery; as with their predecessors in the Roman empire, women’s practice was limited neither to obstetrical cases nor to female patients….. it deserves to be emphasized that although women practitioners existed in many different regions of Europe between the thirteenth and the fifteenth centuries, they represent only a very small proportion of the total number of practitioners whose names are recorded.…It is probably that many more women may have engaged in midwifery and healing arts without leaving any trace of their activities in written records.’

The phrase not ‘leaving any trace of their activities….’ leads me to think about the importance of making visible the contributions of the women in our specialty who don’t make the daily headlines. This lack of visibility, (whatever the current statistics on absolute numbers of women choosing Gastroenterology and Hepatology – 36% of trainee and 18% of Consultant Gastroenterologists are female), is perhaps why there is still a degree of surprise for many patients coming to my clinic for the first time, on discovering that I am female, emphasising the need for ‘visibility’ if we are to change societal expectations and ‘normalise’ the view that our specialty should be more gender balanced.

The representation of women in senior positions in specialty medicine, as evidenced by the current female predominance in the presidential roles of many of the Royal Colleges, is of course vital when promoting equitable access to senior professional roles and career progression, but it is the greater visibility of all women in our professional arena which will reframe the expectations of society. Not ‘leaving any trace of our activities’ is not an option. We all need to be visible and responsible for making that activity recognised and valued. 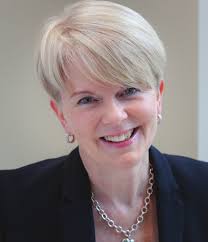