The new exciting content of BSG web education is live. Challenge your diagnostic skills and learn from the experts in the field! Endoscopy case series and Bite Size take you through a patient’s case and offer concise and up-to-date knowledge on less common conditions. #takethechallange #takeabite

A young man is referred by his general practitioner (GP) for endoscopy because of dysphagia. The patient reports daily symptoms, with food “sticking” in his chest after swallowing. He takes only small bites of food and avoids foods with consistencies that might stick (Figure 1). A slow eater due to prolonged chewing since his teenage years, he describes drinking large amounts of water to wash meals down (Figure 1). In the past 3 months, the patient has experienced episodes of food feeling completely stuck in his oesophagus for periods of up to 1 h, preventing him from finishing meals. The patient has a history of asthma. His GP has prescribed proton-pump inhibitor (PPI) treatment on the assumption that the patient has gastro-oesophageal reflux disease (GORD). However, with no improvement seen, this and eosinophilic oesophagitis (EoE) are explored as possible diagnoses.

1. Which of the following would you consider differentiating features for GORD and against EoE?

Heartburn, which is a burning sensation felt behind the lower breastbone that begins after meals, is the most common symptom of GORD but is not typical of EoE. Swallowing difficulties, food impaction, and a history of asthma, eczema, or rhinitis are suggestive of EoE. A minority of patients do seem to respond to PPI therapy despite there being no evidence that acid reflux is involved in the pathogenesis of the condition. This response might reflect a local epithelial immune effect in the oesophagus.1

At endoscopy, multiple rings are visible at the junction of upper and middle thirds of oesophagus and linear furrows extend along the full length of the oesophagus (Figure 2). There is no stricture, and the scope passes all the way to the stomach with ease.

Figure 2: Endoscopic findings in the oesophagus

2. Which sites in the oesophagus would you biopsy?

The ability to correctly identify patients with EoE is nearly 100% when taking six biopsies (two from each section), but only 55% when taking a single biopsy.2

Multiple biopsies are taken ‒ two each from the lower, mid, and upper oesophagus, and two additional biopsies from the area where the rings are seen. The request form to the pathologist asks for a count of the maximum density of eosinophils per 0.3 mm2 (roughly equivalent to a standard size high-power field).

The endoscopic findings are typical of EoE, but confirmation of the diagnosis requires a count greater than 15 eosinophils per 0.3 mm2 or high power field (Figure 3).3

Figure 3: Typical oesophageal squamous epithelium affected by EoE. Basal-zone hyperplasia and increased papillary height with dilated intercellular spaces are seen in both GORD and EoE (A). The features that differentiate EoE include >15 eosinophils per 0.3 mm2 (roughly equivalent to 1 high-power field [hpf]) (A), eosinophil surface layering, and eosinophil micro-abscesses (B).

The patient’s characteristics are typical of EoE –young age, male sex, and insidious onset over more than 5 years ‒ and have reached severity that has a major impact on his quality of life.1 He declines invitations to eat out in restaurants or in social company for fear of suffering the indignity of a bolus obstruction. With no reason to explain his behaviour, he feels unsupported and takes accusations of him being a fussy eater critically.

Outpatient Review with the Gastroenterologist

The gastroenterologist explains the diagnosis of this antigen-driven oesophageal inflammation, which can progress to fibrosis.1,4 Given the lack of response to PPI therapy, the option of dietary exclusions is discussed, starting with elimination of milk and wheat with endoscopy after 12 weeks followed by further elimination of eggs, fish, nuts, and soya (two followed by two) and further endoscopies if required. Despite hearing that 40% of patients improve with elimination of two foods and 60% with the avoidance of four food triggers,5 the young man worries about the impact these restrictions will have on his life and how difficult it would be to maintain them. His preference is for medication. The patient is prescribed budesonide orodispersible tablets (Jorveza, Dr Falk Pharma UK Ltd, Bourne End, Bucks, UK) 1 mg twice daily (Table 1) and asked to attend an endoscopy at 12 weeks while still taking this medication.

After 12 weeks of treatment, the patient’s endoscopy appears normal with no furrows or residual signs of rings (Figure 4). 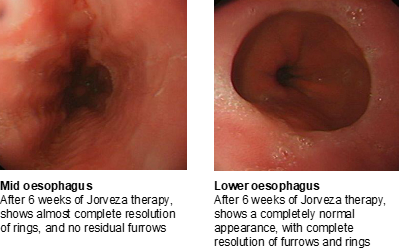 Six biopsies are taken and no more than three eosinophils are seen per 0.3 mm2. His symptoms have almost completely resolved. He no longer needs liquids with every solid bolus and can eat at a normal speed and enjoy conversation during meals. He reports no further episodes of food bolus impaction. His only residual symptom is that he is still afraid to try certain solids such as steaks or chicken sandwiches, but his range of food intake has hugely improved and with it his mood and general wellbeing.

3. Which of the following long-term care options would you recommend?

Because this patient has had 5 years or more of symptoms with signs of remodelling of the oesophageal wall with fibrosis and rings, it is likely that the oesophagus will take many months to restore normal wall compliance and a normal range of expansion as solid food boluses are swallowed. Stopping therapy leaves him likely to develop recurrent symptoms within 3 months, whereas maintenance is likely to continue the benefit in resolution of fibrosis while preventing further mucosal inflammation. A dose of 1 mg daily orodispersible budesonide tablets is recommended.

To switch to a PPI when he had previously shown no response will be of no benefit and no data indicate that PPIs have any value in fibrostenotic phenotypes of EoE.9

Switching from a successful medical therapy to a diet that has only a 40% chance of success and requires further endoscopies will be very unhelpful.

If the second endoscopy had shown persistence of rings or a stricture, then a therapeutic dilatation would be useful, but this is not the case here.10

After continuing 1 mg orodispersible budesonide tablets daily for 1 year, the patient has no symptoms of dysphagia and eats normally at home and out socially. He has a much more positive outlook on life and has changed his job and acquired a girlfriend. He agrees to attend for follow-up in a year as maintenance data beyond 2 years are not yet published, and he wishes to stay in touch with medical developments through his gastroenterologist.

The choice of first-line therapy requires discussion with the patient and should begin by assessing symptom severity. If symptoms are mild to moderate and if the patient is motivated to try dietary elimination, two foods (milk and wheat) should be excluded for at least 6 weeks (Table 2). If this proves unsuccessful, it should be decided with the patient, based on symptom assessment and histology, whether to start drug therapy or continue with up to a further four food exclusions (two per assessment period), if required. Multiple food triggers may make long-term restrictions unfeasible, so at each step a switch to a trial of PPI treatment should be considered as an option. The highest dose should be taken twice daily for at least 8 weeks. The response should be assessed while the patient is still taking treatment, including by endoscopy and biopsy.

If a patient has moderate to severe symptoms, then initial PPI treatment is unlikely to be effective (Table 2).11 A dedicated oesophageal preparation of topical steroid at full dose for 12 weeks should be used instead. The same oesophageal steroid regime should be used following a failed trial of PPI therapy. 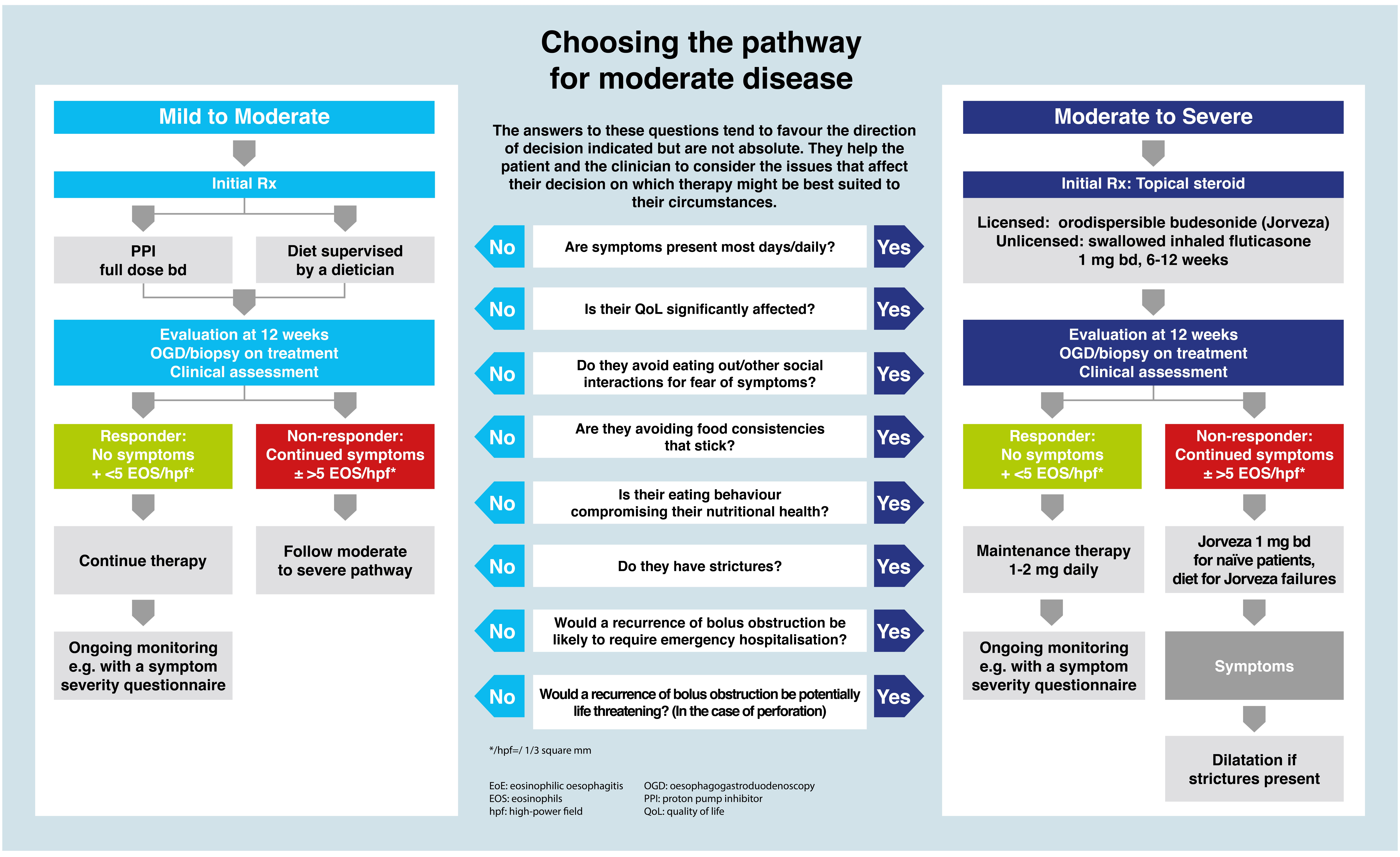 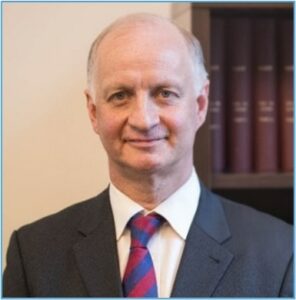 Stephen E, Attwood, MD, FRCSI, is honorary professor in health services research at Durham University, Durham, UK, and an independent consulting advisor on research in oesophageal diseases. Most recently, he was a consultant surgeon at Northumbria Healthcare, Northumberland, UK.

Since identifying eosinophilic oesophagitis (EoE) and publishing the first description of the disease, Professor Attwood has spent his career caring for patients with EoE, providing minimally invasive treatment for upper gastrointestinal disorders, including endoscopy and laparoscopic surgery. He has been actively engaged in clinical trials of treatments for upper gastrointestinal diseases, including budesonide formulations for EoE; the ASPECT trial of cancer prevention in Barrett’s oesophagus; BEST3, a study of  Cytosponge screening for Barrett’s oesophagus in general practices; a UK study of EndoBarrier endoscopic anti-obesity therapy; the LOTUS trial (surgery vs proton-pump inhibitors for reflux therapy); and EndoStim, an electrical neuromodulator of the lower oesophageal sphincter for the treatment of gastroesophageal reflux disease. He is an author of 200 publications, including many papers and guidelines on EoE, and the senior author of the British Society of Gastroenterology Guideline on Therapeutic Dilatation of the Oesophagus (published in 2018) and the European Guidelines on Eosinophilic Oesophagitis (2017). 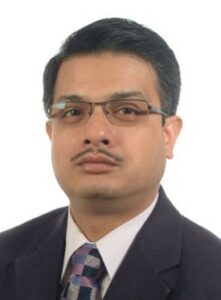 Anjan Dhar is Professor of Medicine at Teesside University, Middlesbrough, UK, and Consultant Gastroenterologist at Darlington Memorial and Bishop Auckland Hospitals, County Durham, UK. He graduated from the University of Delhi with a Presidential Gold Medal and then completed his internal medicine and gastroenterology training at the Postgraduate Institute of Medical Education and Research, Chandigarh, and the All India Institute of Medical Sciences, New Delhi, India. He came to the UK as a Commonwealth Research Fellow to work with Professor Derek Jewell at Oxford University. His gastroenterology training in the UK was at the University of Oxford, Oxford, and the University College London Hospitals, London. He was appointed as a consultant in the Darlington Memorial and Bishop Auckland Hospitals in 2003 and as Professor of Medicine at Teesside University in 2019.

His research interests are in inflammatory bowel disease, oesophageal diseases, Barrett’s oesophagus, and advanced therapeutic endoscopy. He is a National Institute of Health Research (NIHR) clinician investigator and is involved in several national and international clinical trials in County Durham, UK. He holds a tenured Chair in Medicine at the School of Health and Life Sciences at Teesside University for education and clinical research. Previously, he was a faculty of the School of Medicine and Health at Durham University.

He has over 80 publications in peer-reviewed journals.