A 34-year-old woman presented with a long history of abdominal bloating and diarrhoea. Her medical history included ileocaecal resection for Crohn’s disease. Blood tests, faecal calprotectin, colonoscopy to neo-terminal ileum, including random colonic biopsies, and a SeHCAT (23-seleno-25-homotaurocholic acid, selenium homocholic acid taurine) scan were normal. A diagnosis of diarrhoea-predominant irritable bowel syndrome was made and she was prescribed loperamide and trialled with a diet low in fermentable oligosaccharides, disaccharides, monosaccharides, and polyols (FODMAPs) but she reported no benefit. She complained that ongoing symptoms were significantly affecting her quality of life. A 7-day course of rifaximin was started, after which her symptoms resolved and her bowel function returned to normal.

Bacterial colonisation of the small intestine in a healthy individual is low relative to that of large bowel (<103 vs. >109–1012 colony forming units/mL). The small bowel is predominantly colonised by Gram-positive and aerobic bacteria, whereas the large bowel contains mainly Gram-negative and anaerobic bacteria [1]. Excessive numbers of bacteria, changes in the species of bacteria (in the small bowel), the site of colonisation, or altered bacterial function can lead to clinical disorders.

Maintaining the relative sterility of the small bowel relies on gastric acid and pancreatic enzyme production, gut motility, systemic and local immunity, and an intact ileal valve [2]. Increased numbers of bacteria in the small intestine have been described as the cause of gastrointestinal symptoms after gastric surgery, in patients with exocrine pancreatic insufficiency, after treatment with long-term corticosteroids or chemotherapy for cancer, in patients with poorly controlled diabetes mellitus, chronic renal failure, small bowel diverticular disease, or a motility disorder, and after surgery to the ileocaecal valve [1,2]. Several studies suggest that small-intestinal bacterial overgrowth (SIBO) can promote or worsen extraintestinal disorders, such as non-alcoholic fatty liver disease, obesity, rosacea, and various neurological conditions – that is, diseases without gastrointestinal symptoms [3–5]. Convincing data are emerging that in animals and humans, Toll-like receptor pathways are crucial to this interaction [6]. 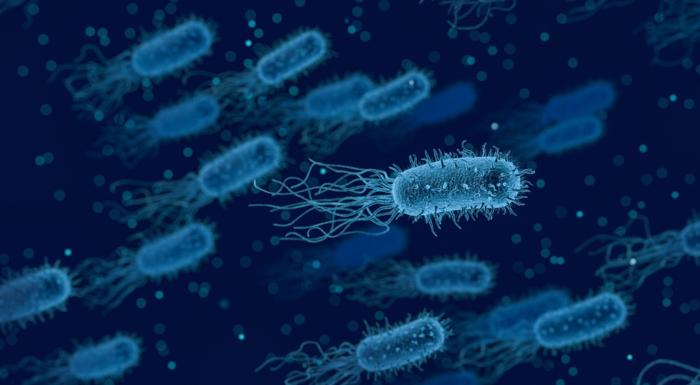 SIBO can cause any gastrointestinal symptom [1], including those defined by the ROME IV criteria for irritable bowel syndrome. The British Society of Gastroenterology guidelines on investigations of chronic diarrhoea in adults recommended that SIBO should be routinely considered as a possible cause of gastrointestinal symptoms [7]. A systematic review suggested that the pooled prevalence of SIBO is 38% (95% CI 32–44) higher among individuals with irritable bowel syndrome than among controls (odds ratio 4.7, 95% CI 3.1–7.2) [8]. Eradication of SIBO leads to significant improvement in symptoms, although the number of high-quality studies of treatment is limited [9,10].

Diagnosis is not necessarily straightforward. A clue to the presence of SIBO might be low serum levels of vitamin B12, which is often affected by competitive uptake, especially when the small intestine is colonised by aerobic bacteria [11]. Raised folate levels may also be seen because of increased synthesis and subsequent absorption by small intestinal bacteria [12]. Faecal calprotectin levels might be mildly raised [13]. Personal experience suggests that SIBO is sometimes also associated have very slightly increased levels of C-reactive protein (<15 mg/L). More significant indices of malabsorption, very low fat-soluble vitamin levels, or macrocytic anaemia are rare.

SIBO can be diagnosed after culture of small bowel aspirate obtained by endoscopy. Academic purists advocate aspirating pure duodenal secretions via a catheter, but others prefer to “wash” the duodenum with 50–100 mL sterile saline and then aspirate back 10 mL fluid. With either technique, any coliforms or anaerobes grown are highly likely to be significant. With the former technique, any organism reaching ≥103 colony forming units/mL might be relevant. With the latter washing technique, the numbers of bacteria cultured are not relevant, but the species grown should be considered in context. False-negative results are frequent. False-positive cultures can occur, particularly if the scope channel is contaminated as it passes through the mouth or oesophagus. With either technique, only the proximal small bowel can be sampled.

Breath testing is an alternative method. After a suitable period of fasting and brushing teeth, an orally ingested carbohydrate load is given. If bacteria are present in the small intestine, they will metabolise the carbohydrate load, produce hydrogen, methane (25% of all bacteria produce only methane), or both, which is absorbed into the body and can be detected in exhaled breath. Neither of these gases are produced by human cells. Breath testing is cheap and results are available within 2 h. However, sensitivity and specificity of these tests are poor, although possibly because historically only hydrogen has been sampled [14].

SIBO commonly coexists with other diagnoses, such as inflammatory bowel disease or pancreatic exocrine insufficiency. Failure to respond to standard therapy or, in patients with pancreatic exocrine insufficiency, intolerance to enzyme-replacement therapy could indicate the concomitant presence of SIBO causing similar symptoms to the primary diagnosis.

Due to the limitations of available tests, many clinicians prescribe an empirical trial of 1–2 weeks of antibiotic therapy. Significant and sustained clinical improvement supports an underlying diagnosis of SIBO, but failure to improve raises the questions of another diagnosis, inadequate treatment dose or length, the presence of a resistant strain of bacteria requiring different antibiotic therapy, or the presence of a pathogenic fungus [15]. Antibiotics normalise SIBO in 51.1% (95% CI 46.7–55.5) of patients with abnormal breath tests, which is significantly more frequently than placebo (9.8%, 95% CI 4.6–17.8) [16].

Treating recurrent SIBO might require reassessment to find the right antibiotic regimen. Few data are available to guide management. We use 550 mg rifaximin twice daily for 1 week as first-line therapy in patients with hydrogen-positive tests and 550 mg rifaximin twice daily with 500 mg neomycin twice daily for those with methane-positive tests (ie, suggests the presence of anaerobic bacteria, enterococci, and/or bacteroides). Vancomycin is our second-line agent. The major advantage of using these non-absorbed antibiotics is reducing the risk of developing resistance to antibiotics that might be used for systemic infections. However, these drugs are expensive, although data from randomised trials supporting the use of other cheaper agents (eg, ciprofloxacin, tetracycline, and metronidazole) are limited [16]. 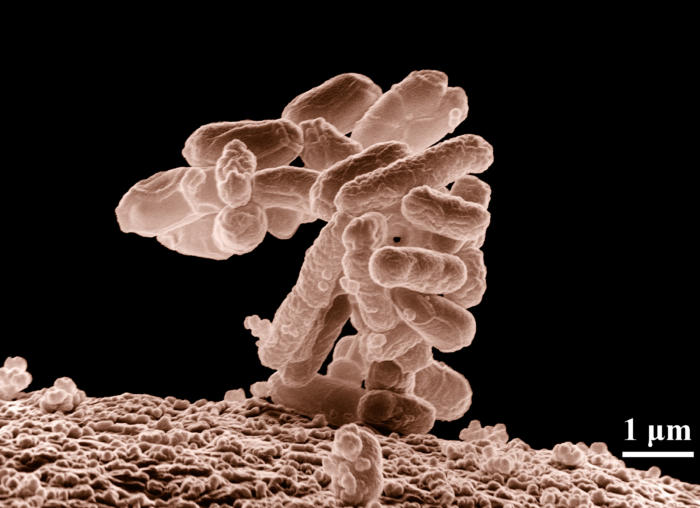 Clinical experience suggests that if there are many months or years between episodes of recurrent SIBO, re-treating with 1–2 weeks of the same antibiotic used for previous episodes is usually effective [16]. If SIBO recurs within a few days or weeks of stopping antibiotics, which is frequently seen in people with blind loops after surgery or those with dysmotility caused by conditions such as scleroderma or radiation enteropathy, it is unusual to be able to use the same antibiotic long term without resistance developing. Such patients usually need two or three different low-dose long-term antibiotics (example, rifaximin, doxycycline, and ciprofloxacin) that should be rotated every 2 weeks. Small-intestine aspiration to obtain antibiotic sensitivity can be particularly useful to guide treatment when one or more of these antibiotics does not work.

Controversies and the Future

Currently, it is difficult to be sure that SIBO is present except in retrospect when a patient who had typical symptoms or a syndrome that fitted with SIBO and suggestive diagnostic tests results has an unequivocal response to antibiotics. No individual factor provides a certain diagnosis. Better diagnostic techniques, possibly based on abnormal metabolomics profiles of blood, sweat, or urine, will revolutionise the way this disorder is identified and treated.

Limited data suggest that probiotics might have a role in treating SIBO but that they are ineffective at preventing it [17]. Faecal transplantation has been considered as a possible solution, but, in fact, seems to increase the risk of SIBO [18]. There is no evidence that prebiotics, specific dietary changes or low FODMAPS diets can eliminate SIBO, although they might reduce the symptom burden during use.

SIBO is clearly a common and often ignored clinical problem, but the evidence base for how best to diagnose and treat this condition, leaves a great deal up to clinical judgement. Evidently, this situation is most unsatisfactory.

Dr Jervoise Andreyev qualified in 1987 and completed a PhD in molecular biology in 1997. In 2000, he became Senior Lecturer at Imperial College. In 2006, he was appointed consultant gastroenterologist specifically to treat GI side effects of cancer treatments at the Royal Marsden Hospital, London.  In 2016, he was invited to be the Nimmo visiting Professor at the Royal Adelaide Hospital, Australia.  In 2017, he moved to Lincoln County Hospital and his job plan includes dedicated time for research.

Dr Dennis Poon graduated from University of Sheffield in 2012 and is a gastroenterology trainee in the East Midlands (North) deanery. He currently works as a clinical research fellow at Lincoln County Hospital. His clinical and research areas of interest lie in investigating and managing patients with chronic diarrhoea and IBS-like symptoms