2. All colorectal cancers should be universally tested for Lynch syndrome

Lynch syndrome is an autosomal dominant inherited disorder associated with a high lifetime risk of developing colorectal cancer, accounting for 3–4% of cases.1 Lynch syndrome is caused by germline mutations in mismatch repair genes, most commonly in MLH1, MSH2, MSH6, and PMS2, and rarely in EPCAM. More than 90% of cases are due to mutations in MLH1 or MSH2.1 The mismatch repair pathway recognises and repairs errors that occur during DNA replication, helping to maintain genomic integrity.2 The lifetime risk (to age 70 years) of colorectal cancer among people with Lynch syndrome is 10–47%, dependent on sex and gene mutation.3 Consequently, access to specialist family cancer services and interventions, including high-quality screening and colonoscopic surveillance, is vital to reduce the risk of colorectal cancer incidence and mortality.4

The British Society of Gastroenterology (BSG), Association of Coloproctology of Great Britain and Ireland (ACPGBI) and the UK Cancer Genetics Group (UKCGG) joint guidelines on management of hereditary colorectal cancer have been updated to include information on managing individuals with Lynch syndrome.4 Here, we provide a brief guide to the management of Lynch syndrome.

There are two main routes by which patients with suspected Lynch syndrome are referred to genetic services. Firstly, an asymptomatic patient may have a characteristic family history of Lynch syndrome that needs further evaluation. Secondly, tumour testing following resection in an individual with colorectal cancer might suggest Lynch syndrome. This finding would also prompt referral for asymptomatic relatives if a germline mutation is confirmed.

NICE recommends universal testing for Lynch syndrome in all cases of colorectal cancer,5 which is achieved by immunohistochemistry testing for mutations in mismatch repair genes. In asymptomatic patients presenting with a family history of Lynch syndrome, immunohistochemistry results of an affected relative should be retrieved, or testing requested. Testing of benign polyps is possible but is not current practice.

However, as some sporadic (non-Lynch syndrome) tumours can lead to deficiency in the mismatch repair pathway due to acquired somatic genetic changes, somatic testing for differential hallmarks, such as MLH1 hypermethylation, might be necessary before moving to genetic testing .5 When Lynch syndrome is suspected with mismatch repair pathway testing, germline genetic testing can be offered to individuals following the diagnosis of Colorectal cancer. Once confirmed, asymptomatic adult relatives may be offered germline testing, which is typically performed around the time surveillance is initiated.

Patients with MLH1 or MSH2 mutations are at increased risk of metachronous colorectal cancer and should be considered for subtotal colectomy, especially younger patients. The 10-year cumulative risk of colorectal cancer is 20% in patients managed by standard resection compared to 4% in those who undergo subtotal colectomy.11 However, in older patients, hemicolectomy may be more appropriate given the higher morbidity associated with subtotal colectomy but negligible difference in life- expectancy.12 There is insufficient data to support differing from standard management in patients with MSH6 or PMS2 variants.

Aspirin may be used as a chemoprophylactic agent in patients with Lynch syndrome. In the CAPP2 randomised controlled trial, this approach significantly reduced the risk of colorectal cancer.13 In the per-protocol analysis of 509 patients with Lynch syndrome randomly assigned 600 mg aspirin daily or placebo daily for 2–4 years, at 10-year follow-up aspirin was associated with a protective effect against incident colorectal cancer (hazard ratio 0.41, 95% CI 0.19–0.86, p=0.02). Of interest, there was a negative correlation between aspirin consumption and Lynch syndrome cancer incidence. However, the optimum dose needs to be established, and is being assessed in the CaPP3 trial. Outside clinical trials, patients should be offered low-dose aspirin to reduce the risk of colorectal cancer.4

Patients with Lynch syndrome also have an increased lifetime risk of extracolonic malignancies, including gastric, small bowel, and pancreatic cancers.1,4 Data are insufficient to support surveillance for these cancers outside clinical trials, but screening for Helicobacter pylori and eradication therapy as appropriate are recommended. This is because of the high proportion of intestinal-type gastric cancer associated with Lynch syndrome (up to 79%)14 and the increased bleeding risk with aspirin chemoprophylaxis.

Patients require referral to specialist family cancer services with access to a genetic counsellor and a clinician with experience in hereditary colorectal cancer. These services offer genetic testing, family screening and provide appropriate specialist knowledge for Lynch syndrome with awareness of patient and support organisations.

Gastroenterology Registrar at the Royal London Hospital. He is due to start his ST3 training post in North Central and East London in Autumn. He completed his Masters in Genomic Medicine at Imperial College London where he worked closely with Dr Kevin Monahan, focusing on colonoscopic surveillance in patients with a family history of bowel cancer. Benjamin is interested in obesity and the growing role of the gastroenterologist in obesity care.

A brief guide to the management of Lynch Syndrome 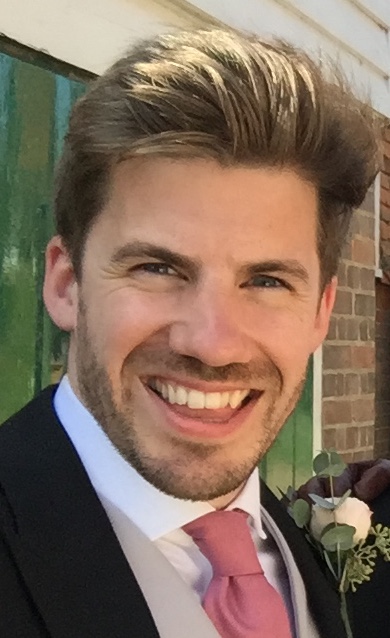 Friday afternoon upper G.I. bleed (and a bit more besides)