In 1970, the world was a different place. It was not an easy time for the UK. The freedoms embodied in the swinging 60s were becoming tarnished. There were strikes, and the economy was not in great shape. Even the cars were a bit rubbish.

As a nation, it is not a time that we like to look back on, and yet there was also extraordinary vision and innovation. The BSG saw the need for a charitable arm to raise funds for gastrointestinal research, and in 1971 the Digestive Disorders Foundation was born.  The BSG was not a charity and so the DDF was a separate entity, which over time developed its own persona, but was still closely linked to the Society.  Separate – but family.

With time, the name was changed to CORE, and then to Guts UK. Each iteration has brought a more sophisticated approach to fundraising, public engagement, and research. The organisation, headed by Professor Jonathan Rhodes and Julie Harrington, now in its 50th year, has truly come of age. I think Drs. Coghill, Hunt, and Avery-Jones would have been proud of their child.

The relationship between the BSG and Guts UK is “family”. We are both charities. We do not have to agree on everything, and we do not have to live in each other’s pockets. We do share the same aims and values, we care about the wellbeing of our patients, and we work best when we work together.

To provide information for patients

The patient information leaflets are familiar, but they are also online. Guts UK wants to provide a helpline for the public as well. Early experience from a pilot study suggests a huge pent-up need for reliable advice and information, in an age of social media and fake news. The BSG needs to lend its support by making sure that any guidance is relevant and reflects best practice. Our guidelines are highly thought of, but technical. We have already committed to providing patient-friendly plain English versions, for people who want to read a little deeper. 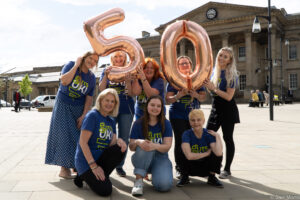 The gut, liver, and pancreas are the “forgotten” systems. 58% of the public, however, find it difficult to talk about their gastrointestinal conditions, so it is little wonder that they often present late and that some people, unfortunately, have their lives shortened by embarrassment. Making it easier to talk and “getting to grips” with gut problems is vital. Guts UK needs clinicians who are comfortable and expert at talking to the public and the media. 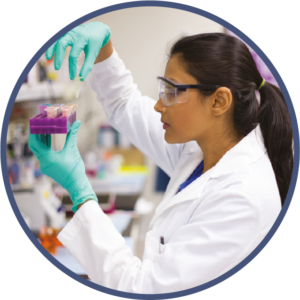 Guts UK funds research, including some very influential joint projects with the BSG, but the value goes further than money. Researchers do not simply spring into life fully formed. They must be grown and nurtured. The BSG / Guts UK Trainee Research Awards do exactly that and are open now, with details on the website.  Guts UK, supported by Dr Falk, also supports very successful medical student prizes, to encourage the next generation.

Identifying new areas for research with strategic importance is vital. Guts UK, the BSG, and other partner organisations are funding two Priority Setting Partnerships (PSPs) on IBS and Pancreatitis. These will be supervised by the James Lind Alliance and link directly to the NIHR.

Finally, Guts UK is a proud founding member of the Less Survivable Cancers Task Force. As gastroenterologists and hepatologists, we, unfortunately, know all about those.

This raises the important point about giving. On Sunday 13th of June at 7:55 am, Guts UK will feature as the BBC Radio 4 Charitable Appeal. The publicity will be invaluable, so please highlight this to patients, family, and friends, and tweet if you are part of the “Twitterati”.

It is, however, regular donations that keep charities running. They represent the closest that any charity can come to a guaranteed source of income, and they can also be very tax efficient. Later this year, Guts UK will launch the Guts UK Foundation.  I have already pledged to sign up. Will you?

There is an equally valuable gift of time and expertise. Patient information is best when it is evidence-based and backed by expert opinion. The public still respects their specialists, and Guts UK needs access to those professionals best placed to talk knowledgeably about the gut, liver, pancreas, and nutrition – which is the BSG, with all its expertise, multi-professional membership, and diversity. Please consider giving time to assist Julie and her colleagues when they need help.

Both the BSG and Guts UK are fighting false medical information, and what used to be known as “quackery”. Our Founding Fathers were waging that war in 1937, as Europe teetered into a pit of propaganda and racial bigotry. The BSG stood for quality evidence-based research when it founded GUT 60 years ago. With Guts UK now in its 50th year, we remain that “marching army of evidence” that can help an increasingly confused public.

We all need to “get to grips” with digestive disease. 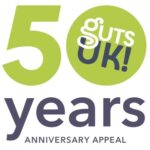 Find out more about the Guts UK Foundation