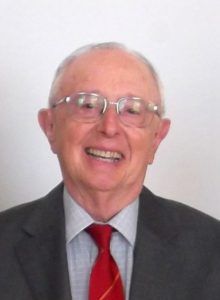 It is with great sadness that I must inform you that our past President, Monty Losowsky has passed away.

On behalf of the Society, I have expressed our sincere condolences to his family during this difficult time.

He was also a member of the General Medical Council, Chairman of the Leeds division of the BMA, and has worked for many Medical Charities including Coeliac UK, British Liver Trust and the British Nutrition Foundation. Monty was a recipient of the 2014 Leeds Award and was joint founder and Life President of Thackray Museum of the History of Medicine in Leeds.

Monty was an active member of the BSG for many years, sitting on Council, the Education Committee and the then Nominations Committee. He served as BSG President from 1993-1994. His passion for and services to medicine will be his legacy.