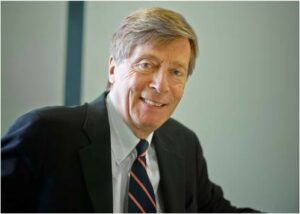 The BSG is thrilled to extend their congratulations to Professor Michael Farthing on receiving the Lifetime Achievement Award 2021, which recognises outstanding individual achievements in digestive health, from United European Gastroenterology (UEG).

Awardees are those who have helped to improve the lives of people with gastrointestinal diseases and their contributions, leadership, and impact have been of importance for the UEG community. Their work is widely acknowledged by the gastroenterological community.

Professor Michael Farthing, former president of the BSG and former editor of Gut from 1996 to 2002 where he oversaw an increase in influence and impact factor, has made an outstanding and lasting contribution to gastroenterology, academia, and professional societies, including UEG.