1. Understand the different reference ranges for liver function tests and enzymes during pregnancy
2. Identify the key points for individual pregnancy-related conditions
3. Be aware of differentiating factors between various liver conditions of pregnancy

Pregnancy directly affects the physiology of the liver (figure 1) and hepatic disorders can influence pregnancy outcomes. The relationship between both is evident but not well defined.

Adaptations of physiology during pregnancy optimise maternofoetal gas exchange. Blood volume increases throughout pregnancy and plateaus in the late third trimester. Progesterone and oestrogen levels rise and influence hepatic metabolism, synthesis, and excretory functions. Hyperoestrogenaemia results in spider naevi and palmar erythema in 60% of normal pregnancies,1 showing similarities to patients with chronic liver disease. Blood parameters also change during pregnancy (Figure 2). Most normalise within 2 weeks of delivery but can take up to 12 weeks.

Liver disease in pregnancy is uncommon but is an important cause of maternofoetal morbidity and mortality. Acute liver failure (ALF) is rare.

Differentiating between pre-eclampsia, HELLP, and AFLP can be difficult (Table 2). Patients judged to be at risk of developing pregnancy-related hypertensive disorders should be initiated on daily aspirin (before 16 weeks’ gestation) to reduce the risk of pre-term (<37 weeks’ gestation) pre-eclampsia.3 Management of these conditions involves treatment of underlying hypertension and stabilisation before delivery, for instance by correction of coagulopathy. Some centres recommend empirical antimicrobials if ALF is developing, in an attempt to prevent and treat bacterial/fungal infections which can complicate the course of ALF. Studies report variable efficacy.4,5 No data support the use of N-acetylcysteine to treat AFLP, but benefits have been demonstrated in other causes of non-paracetamol induced ALF.6 ALF can occasionally lead to the need for emergency liver transplantation.

Pregnancy in Patients with Liver Disease

Management of Liver Disease During Pregnancy

Pregnant women with severe hepatic disease require an individualised care plan with multidisciplinary input. Decisions regarding timing and mode of delivery require careful evaluation of maternal and foetal risks. Early communication with a transplant unit could be warranted, as the development of ALF may necessitate urgent transfer. The best predictors for deterioration (death or liver transplantation) are lactate concentration >2.8 mg/dL in combination with hepatic encephalopathy.14  While the value of N-acetylcysteine in pregnancy is unproven, there is no evidence that it causes harm.

Sometimes it can be difficult to determine the exact cause of liver dysfunction during pregnancy. Consideration of multiple diagnoses is appropriate. Escalation to tertiary care is suitable in the context of severe disease.

Figure 1: Physiological Changes to the Liver During Pregnancy 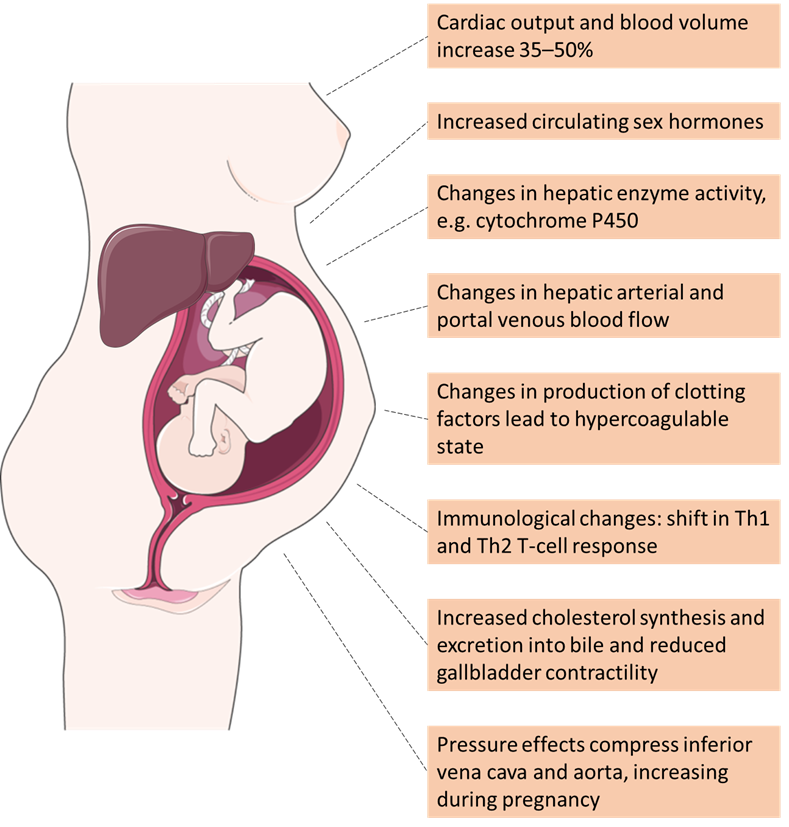 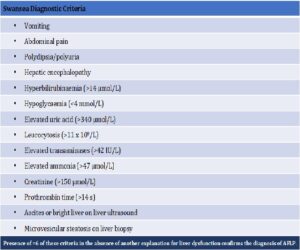 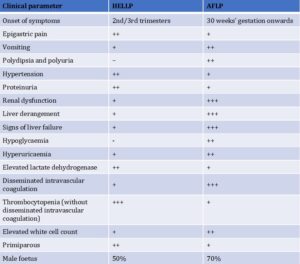 – = unlikely to be present 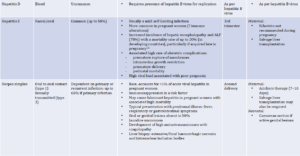 Dr Mussarat Rahim is currently a Clinical Research Fellow at King’s College Hospital.  She graduated from Imperial College in 2009 and completed her training in Gastroenterology & Hepatology in the KSS deanery in September 2018. Post-CCT, Dr Rahim is undertaking research, as part of an MD, in pregnancy-related liver disease. Her other research interests include autoimmune liver disease. In June 2019, she was elected as a trainee representative for the BSG liver section. 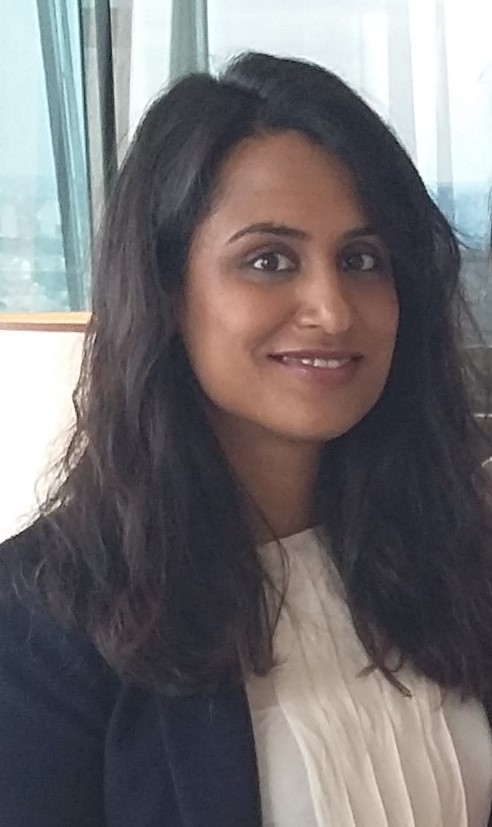 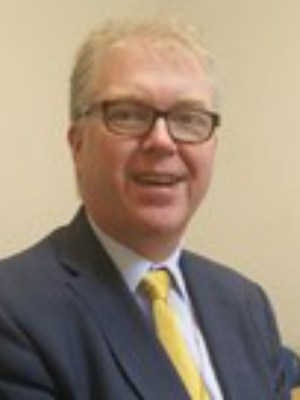