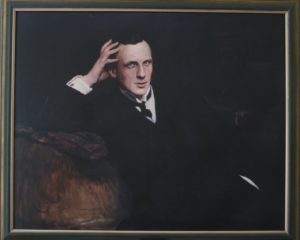 The British Society of Gastroenterology (BSG) was founded in 1937 by Sir Arthur Hurst as a Gastroenterological Club with just 36 members.  Sir Arthur Hurst became the first President.  At that time, its objectives were described as “the advancement of gastroenterology and promotion of friendship amongst those who have a special interest in the disorders of the alimentary tract”. In 1938, T L Hardy was elected Secretary and it is to him that a greater part of the success of the club is due.

The organisation grew steadily and 2 years later it numbered 100 members.  In 1949, it was renamed the British Society of Gastroenterology.  From the beginning, it was involved with other international societies, but it wasn’t until 1952 after the Second World War that the proposed international meeting among these societies became a reality.  In 1956, it acted as host at the fifth meeting of the Association of the National European and Mediterranean Societies of Gastro-Enterology, which was attended by over 800 visitors and delegates from around the world.

In 1948, a proposal was put forward to establish a British Journal of Gastroenterology which published medical papers, but it wasn’t until 1960 that this became a reality.

The first meeting of the British Society for Digestive Endoscopy was held in March 1972 following the Spring Meeting of the BSG.  Over 100 members of the BSDE and BSG attended.  Both societies maintained strong links, and during the 1980s, the British Society for Digestive Endoscopy was incorporated into the BSG.  The incorporation of the BSDE also accelerated the growth of the BSG into a wider membership as there were nurses, radiographers, technicians and others involved in the practice of clinical endoscopy. To this day, the Endoscopy section of the BSG remains a very strong section of the BSG.

Until 2011, there was a separate parallel organisation, Trainees in Gastroenterology (TiG), which for over 20 years, was the national representative organisation for registrars in the UK. It helped shape specialty training in the UK and provided a national forum for networking amongst trainees.  It had strong links with the BSG, with representation on the BSG Council, and organised symposia at the Annual Meeting.